About ten years ago I was sitting at the table with my father and brother discussing goats. How much milk does a goat produce? How much cheese is that? Are there any advantages to smaller production? The questions swirled, and though much discussion was had, they remained mostly unanswered. 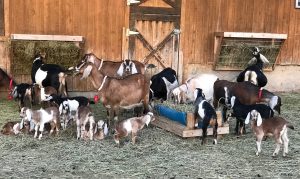 Three years ago, the questions started again. Through the interim my mother had maintained a few goats, made cheese, and kept the faith. My mother has always been attracted to slim odds and difficult endeavor. These questions started an odyssey in my life that has taken me around our country investigating small corners of the world and businesses I would never have imagined. 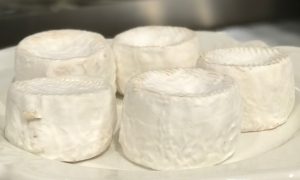 My travels took me and other members of my family from the Redwood Hills Creamery in Petaluma, California, to Idyll Farms which looks out over the lakes at the Northern tip of the Michigan lower peninsula. Along the way I met some interesting characters. In California I met a Swiss dairy scientist who could lose you in the technicalities of milk, bacteria, mold, and complex equipment function. In Iowa I met an American contrarian who probably built cheese caves because he feared nuclear war and being in a cave surrounded by cheese that might be edible for 8-10 years if the world melted down seemed prudent. In Indiana I met German industrialists bent on producing mass quantities of milk and cheese through synchronized systems of industrial organization that never slept with barns that stretched for miles. In little corners of every place I travelled I met poetic souls working as cheese makers or affineurs who followed Thoreau or Wordsworth and believed that small endeavor close to the land was a realization of something human and beautiful. 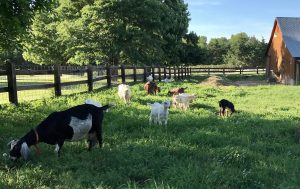 As with all endeavor, eventually there comes a time when you must decide to go forward or not. That point came as a slow realization wrung out of late-night board meetings, stressful dinner conversations, and idyllic moments pondering cheese in all its glory and possibility. Thus, plans are drawn and the heavy wheels of a building project are turning again here at Elderslie. 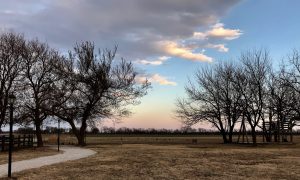 The Creamery at Elderslie will be under construction through the spring and into late summer, but will be our largest project to date. We are building a facility to eventually house about 100 milking does with production focused on retail sales of artisan cheeses and gelato here on the farm and as gift items for delivery or shipping. By fall of 2018 we should have a completed facility and be ready to offer a lovely addition to convivial evenings or special gatherings. Local cheeses and goat gelato are on our minds, but for now we will be digging foundations, pouring concrete, building the herd, and keeping the faith.